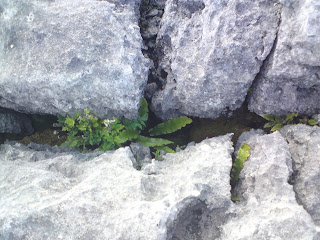 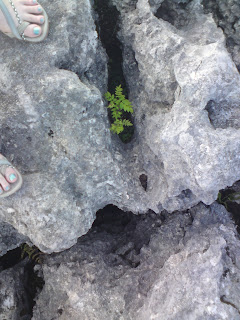 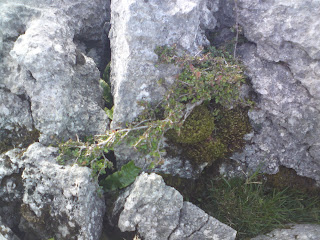 Deb went to work and I had a day of doing nothing. Well, when I say nothing, I worked hard at relaxing, watching movies and eating some of the very delightful Cocoa Mountain chocs that my lovely mate had bought just for me on line. I cut each one in half so that those that I munched could be shared when Deb returned. I sound like I have turned into a chocolate monster since I left. That simply isn’t the case, but just as in the amount of fine wine I have consumed, I have simply changed my habits!

Without justifying myself, I have totally enjoyed drinking the glass of wine with my dinner, whenever I had had that pleasure. This from a girl who only took up drinking a year ago, after eleven years of elderflower cordial. I realised I had become a little anal in my teetotal-ness and just as I enjoyed red wine before I find I still enjoy it now, as long as it is damn good quality. I particularly like the South African wines and First Cape seem to get it just about right in their shiraz and cab sav. Chocolate, of course, has always been a good thing to keep in the goody cupboard. I cannot eat it like some of my friends in a whole bar experience. I love Cadbury giant chocolate buttons as they have a tonguegasm in each button, so perfect is the amount. So after a handful, my desire for serotonin is sated and I need no more. A bag lasts a month or more.

The rest of my day is spent on an internet site advertising fit blokes. I spent a stupid amount of time on shoulder window shopping. Isn’t it amazing how the internet can suck you into its virtual world so easily and suddenly days have passed and you haven’t stopped to eat or pee or anything!

When Deb came home we had an evening or aural and oral pleasure. We nattered our heads of and ate fabulous food, drank a lovely rose shiraz that complimented the wild Scottish salmon, which was heavenly and of course topped it off with a few more chocolate testers and oodles of laughter. I went to bed a pizzled and very happy bunny.

I’d moved the Hobby a little earlier in the day to try and even out the slope I was parked on as I was a little too head up…. I slept like a log.

Two very tired bunnies met over the breakfast table. Deb had planned on participating in a triathlon this weekend, but her body has let her down and though she has the body of a teenager she is so fit, she is in no state to compete and I tell her so. Her iron level is in the gutter and she is a Peely Wally as Albert would have said. In other words she is pale and weak.

We go into Penrith for a mini mooch as Deb owns a tea bag squeezer I covet, so I want to buy one. I love a mooch in a kitchen shop and could spend hours drooling over the gadgets galore. I see a fabulous funky silicon multi-coloured whisk and wonder if I can fit it into the already full jar that houses all my kitchen tools in the van.

After the mooch we go to a site visit on a limestone pavement and I am really happy to walk on an unbroken plateau with different plants growing in the grikes, or cracks between the plates of limestone. I really get a chance to see what Deb was talking about on my last visit now. A mini rowan tree is growing out of one grike, a bonsai’d hawthorn in another, prehistoric ferns in most. I love it. I had raised an eyebrow at the farmer who was being consulted with as he insisted he had never seen trees in the grikes before. (Should have gone to specsavers mate!)

Deb works for Natural England and they want to put a fence around the pavement to protect it from marauding sheep and demon rabbits. Only when the fence is in place can the rabbit destruction be assessed before big guns and snipers are brought in. It’s possible that they create no negative impact at all and its all about the sheep. I have learned a great deal from Deb about protecting natural habitat and admire the work she does in working with the farmers, while protecting and promoting the beauty of Cumbria.

Deb is one of those very lucky people who has their dream job, in their dream place and gets to play in their preferred playground. I am not envious, as Cumbria has no beaches or nice coastline to sail, but am so pleased one of my friends is satisfied with her lot.

I spend the evening with Gerry who Deb was married to and who taught me to climb. He is a terribly affable chap and pleasant company. We catch up over a simple satisfying pasta dish and the evening passes quickly, filled with lots of laughter. I was going to stay over, but decided with a kick from Deb that it was less complicated to drive her car and go back to her village, leaving the Hobby in its space as I might otherwise lose it.

Kendal is one of the main towns in Cumbria and Deb decides we should go there and have another day of mooching in a relaxed style. We tried to find good coffee and in Booths a very patient man made three pots of coffee to try to appease me. Their coffee is not good. The first pot was not even ground coffee, just the over cooked gravy that had sat in a pot for best part of the day, placed into a silver cafetiere. It was a nasty bitter joke. He went through the coffee menu with me and I started to glaze over and eventually settled for an acceptable cup of the ‘best’ coffee in the house. Drinking coffee black with no sugar is a curse, as nothing can be disguised. That and expecting that paying £2.25 for a cup means I will get some kind of quality. It’s often not the case.

I had no real vices for so long and I suppose coffee became one over the years of not drinking. Perhaps I will let up now that I drink alcohol again, though I suspect not. We as British folk just accept poor quality and don’t do anything about it. Me, I’m not like that. I will not accept less than I expect and vote with my feet. Hence, when I find somewhere that does great coffee and gives good service I will come back time and again and spend my money happily.

In Booths favour the service was impeccable and the cake absolutely splendid, so I can’t knock them there, they just need to find a better bean.

The countryside in this part of Cumbria is very different from the lake area. It looks like proving dough and is a bit special. We drive past a village called Longsleddle and Deb informs me it’s the inspiration for the village that postman Pat delivers to. I laugh as she tells me that the post office in the cartoon was the one in Kendal that shut to the loud outcry from the locals screaming ‘Don’t you know this is postman Pat’s post office’. I love irony!

After dinner and a movie I went off to bed only to get a phone call from Deb who was walking her sketchy rescue collie Jess up the lane by her house. I met her there and was rewarded with a clear starlit midnight sky and shooting stars. What a joy and certainly worth getting out of bed for. Deb has an i-phone with a stargazing Ap. I have never wanted an i-phone before, but this Ap shows the constellations in the sky of wherever you are standing, just point it at the sky and it shows you what you are looking at, even in the day. I want one….Dear Santa, I promise to be good…. A hour later my neck was screaming from being bent at a funny angle and my bottom numb from sitting on a wall in the cold, but I was deeply happy at having such fun and getting to make three wishes on the shooting stars that whizzed across the night sky.