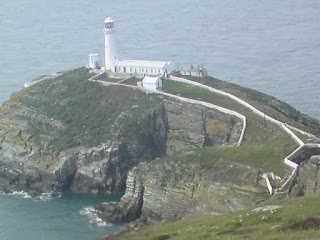 A morning of sifting and sorting around the Hobby. I am still trying to get organized and there are still things that I have to shuffle around, it’s a little frustrating, but I suppose everything will find a place for itself in the end.

I spoke on the phone last night with my dear friend Mairi, whom I am hope to link up with in Scotland. I am not sure how it will work out as I want to be in a particular place further north than where she will be and have tried to negotiate, in my head at least, a convenient rendezvous point. I would love to share time and space with my old friend and her partner Neil and hope they will travel a bit to meet me. The wee voice in the back of my head tells me that the reason for this trip under all the story telling, is to be with me first and do what I need for me first, so although being selfish is a strange one for me, selfish I must be. Gosh even writing it feels harsh! ‘Blimey Carlson, get with the programme!’ I breathe out, slowly.

With that in mind I make my way to South Stack a light house at the top pinnacle of Anglesey. The route is short, but as I am getting good at taking the wrong turn, always an adventure in my head, I take the scenic route and it is beautiful and I am glad I am led by my mistake. It seems there are no wrong turns on this journey. As always finding accommodation in a car park is a chore and a kind man kept a place for me so I could reverse close to the cliff edge to squeeze in. My friend Andy recommended this, so I honour him by being there, only to find a dog is not allowed onto the island where the light house is. I return the ticket I had just purchased and asked what I had missed. Only going to the top of the lighthouse, so I pocketed my £4.25 and walked the cliff edge instead. The lighthouse is accessed via 400 steps down the cliff face and across a metal bridge and after Devil's Bridge I was not worried about missing out. I met a very nice couple who 20 years ago eloped to be together and were trying to figure out whether to live in the house they own in this country or the one they have in France. Like many, the Euro now affects decisions we make. We spoke for a while longer looking at the coast of Ireland and Isle of Mann and I introduced them to the Law of Attraction. Most of those who know me have been there and Max the artist and his lady went off inspired to make change a positive thing. Fin and I then took our leave and went onto take in more lovely scenery with a police helicopter just off shore practicing low hovering and the many sea birds aloft.

Wales has an alluring, enchanting, breathtaking affect on me. I pause in the car park to grind some coffee and sit with a quality cup of the like I have been unable to find anywhere other than ‘Chez Hobby’. As I sit with Fin on the cliff top behind the rear of my makeshift bistro, I watch the shadowed outline of the Cambrian Coast made up of Snowdonia National Park. It is a blessing and I sit for a while longer taking it in. I think this is one of the nicest views I have had so far. Perhaps it is because I grew up on a cliff top overlooking Plymouth Sound I feel most at home when in this environment.

I have found a small dink on the rear left corner of the Hobby. I cannot say if it was me or someone else that did it. It is the downside of traveling alone in a long vehicle and needing to reverse so often. I also tore a mud flap off the front nearside wheel as I reversed up a chock when I got to the campsite. It was rather long and got caught. I cannot feel too precious about it or it will upset my equilibrium, which at present is about set straight..ish.

I have realized that I am in good company when alone and the only thing that has fazed me so far was a few nights ago when I couldn’t even get 999 reception on the phone. I felt a little vulnerable, but trust that if I had to shout, I probably couldn’t pronounce where I was anyway, so what the heck!

Tomorrow I leave Wales and drive to Chester, one of my favourite places.