We're not in Kansas now Toto! 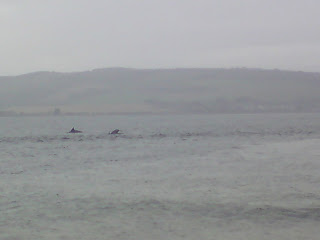 Around the fire I got my chairs out of the Hobby and laugh to myself. The main chair I carry is a Lafuma deckchair which is a very posh reclining deckchair, purchased ten years ago in anticipation of traveling in a Hobby. Now it is doing just that, Pinch me someone, dreams do come true. It is deliciously comfortable and when reclined the feet are above the hips and so a state of relaxation is attained quickly due to blood flow. Well that was me very quickly, after consuming perfectly toasted marshmallows last night.

The clouds left and a fabulous star studded sky was left behind. Roshan joined me on the reclined chair and we discussed the satellite that was clearly moving across the night sky and then I saw a shooting star and gasped. I made a wish. Then it was Ilanas ‘go’ at having a chill and star gazing. I started to sing songs I had taught my girls when they were all kids and soon the whole company joined in. It was a lovely.

In the morning I decide to ‘sod it’ and go back to sleep. At sometime after ten, my phone rings and Andy asks me a question about the wing mirror. I am then awake and hear a dull droning noise, open the curtain and see a generator outside Bob’s caravan chugging away, charging a 12v battery. Carley is going to the beach to watch dolphins and soon after Bob informs me that she has seen a seal pup and I decide to go and see it. Without even thinking about a cup of tea or brekki, I wander down to the beach which is about half a mile away along the shingle, with my ever faithful boy, who gets to the beach and throws himself in and has a swim. Every day this little chap never ceases to make me smile.

Carley is up to her knees in the water and a dolphin family is coming up the river mouth, Billie the seal is swimming up and down the river, he is a resident male. A male dolphin swims on the other side of the water and a female with juvenile beside her. OMG! I have taken my bino’s and decide that my so called decent camera phone is woefully inadequate as it pixilates to a blur on zooming.

The dolphins are no more than 50 feet away from me and get closer as the tide leaves and the reef that they are fishing gets shallower. I am mesmerized as I watch the synchronicity between mother and baby. As she surfaces it’s beak is tucked close to her dorsal fin and in one smooth movement they arch in and out of the water together. Mum is a charcoal grey with pebbling of lighter grey below her fin and baby is a much lighter grey with a pale shimmer along its midline. I embed the vision in my brain and I am so so so happy. Before I know it I look at the time and it is gone two and my head feels light, due to hunger and I have forgotten to take painkillers so make my way back after I haven’t seen them for a while.

I get back to the Hobby and make a decent feed and a cup of tea, when Carley comes alongside and teases me saying the three were jumping after I left. I don’t bite and shrug saying I have never seen such a display in the wild before so what I have had is a total bonus. This has been a magical time for me and I don’t let anything daunt that.

Later I am wondering about leaving and moving on, when out of the blue andy arrives and I am overjoyed to see him and immediately grind coffee and get out chocolate. He is a total chocolate fiend and we set to nattering about where we are at.

Soon we get to talking about my dilemmas as Andy has kept up with the blog and moaned that I hadn’t put in an edit today. I laugh at him and say today is still happening so he will have to be patient.

Andy has a brain that borders manic genius and he sets his cogs wirring and sorst out how the electrics work and what switch makes what light up or not and I understand by the time he has gone that I have left the inverter switch on at night and that is what drained the charge and set off the alarm. He puts my mind to rest about it leeching from the main battery and leaving me stranded and I now know that isn’t going to happen and can relax.

I believe that since I dyed my hair blonde the blondness has sunk inwards each time I do the roots. I get blonder as time goes on and as always when Andy talks to me I have to get him to explain it more than once for me to get it. It also has a lot to do with the fact that it is engineering and I am right brained, not left, so am more artist that mechanic. I have done most of my own mechanics throughout my life and serviced my bikes and cars myself, but that was more about the challenges and proving to myself that a girl can do it so there!

Andy has never ever let me down and in my life I have not had many men that I can rely on to do that, so he has become somewhat of a hero to me and I love him dearly for it. I always say ‘If Andy doesn’t know it, it ain’t worth knowing’. I’m not blowing smoke up Andy’s arse as I know he is reading this, it’s just the truth. He will tell you so himself!

So when he leaves I think again about leaving, but of course it’s much later now and the roads to Nairn are choka as there is a highland games tomorrow. I tell Carley that I may go the long way round Nairn and go to Culbin Forest as there is an Aire there. The wind has picked up to a force 8 and I am in a wobbly vehicle, but Carley who has not caught a fish all week, baits me by asking me if I’m not going to stay to see the seals and dolphins again tomorrow……Pants.... she’s got a point. I call her a temptress and she grins loudly I will be rocked to sleep with some force then, and no marshmallows tonight.

An Aire de Service is a camping area favourite to France. They have a water point and often a dump point for toilet waste and sometimes electricity and showers. Most are free and most villages and small towns have them and motorhomes are most welcome. The thing that has bugged me about this whole trip is that motorhomes seem to be unwelcome wherever in the UK, unless on an official site. When you consider that every fourth or fifth vehicle is one, it is somewhat shortsighted. I have already demonstrated how much money I haven’t given, times that by two for most of these vehicles and see how much money is lost to those whose livelihoods rely on tourism. Wake up UK., just because we are ‘travellers’ we are wealthy beyond our wildest dreams and want to share it (says me, shouting to the Universe, in true Law of Attraction style!)

As I am writing this a man and his wife turn up with a tent, promptly get their car stuck up to the wheel arches in the gravel and the tent flies off in the wind. Lots of running around in the ever increasing wind ensues and I just watch, with my eyebrows raised. Eventually the man gets his car out of the gravel and his tent gets erected minus guy ropes between a wall of my Hobby, his car and Bob’s car, with Bob’s towing rope attached to the top of his tent to prevent it blowing away. You couldn’t pay for this kind of entertainment.

Two more Italian motorhomes turn up and the beach is full. It will at least prevent a ‘little’ man who came this morning and ponced off about this being council land and we have to leave and soon after a police officer arriving. Said little man drove to Aberdeen to make a complaint about us, well Bob and his caravan actually. The guard at the fort told Carley that the land belongs to the MoD, but is used as common land and the man has no right to complain. The copper told us he was off duty until Monday, wink, wink and as long as we were gone then there would be no paper work. Job done, we all settle for a blustery multi lingual evening. The bonding unison of mobile folks, I love it and am glad I decided to stay.

Email ThisBlogThis!Share to TwitterShare to FacebookShare to Pinterest
Labels: Dolphins in the Moray Firth