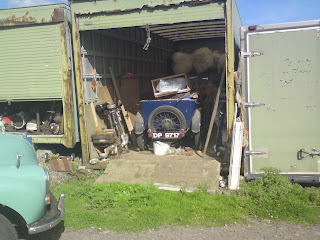 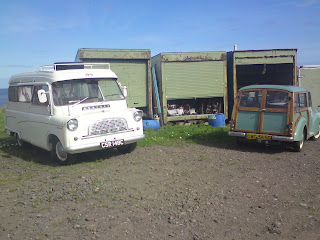 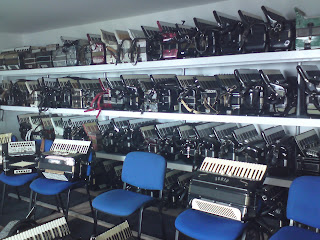 We decide as a collective that we should stay another day and go to a salmon bothy together in the afternoon. Carly has a chance to go out with the fishermen to collect wild salmon from the nets located close to shore and I meet David, a charming septegenarian who owns the bothy, one of the few remaining on this coast. He gives me a guided tour and shows me how the bothy used to be when it was run by a gaffer and four men. He rented it for a few years after it had been left derelict and converted it to a house for his family. He then invited me to look around it and downstairs shows me the start of a collection of a thousand accordions. I asked him if they were catalogued and why weren't they in a museum. I felt that this was sad and a loss to all. I expressed this to David and he agreed with me, then invited me to come back for dinner. He showed me his other collections of 1930's cars and spare parts salvaged from scrappies and vintage motorhomes, one the same age as me, though in far better repair and with it's original red vinyl seats. I loved it and was fairly blown away by David's obsessions, his words. I went with the girls across the plateau of rocks in front of the bothy and showed them a seam of crystals running the width of the plateau and saw Carly coming back in. We went to meet her off the boat. She was a bit green round the gills from sea sickness. The fish were plentiful, handsome and about fifteen pounds in weight. Five small ones went into a bag and were presented to Carly. What a gift!

We left with a promise that I would be back later and at the camp siteI got my filleting knife out and gutted and filleted the salmon. We got 3kg of meat from the fish, which was a perfect pink and with not a single chemical, antibiotic or growth hormone in sight. I was overjoyed to take some to the Hobby and put into the freezer for my dinner later on. Perfect.

Later when I went back to David’s he had put on a clean shirt and taken smoked salmon out for me. He showed me how he likes to eat it, sliced, a knob of butter and warmed in the microwave. This makes it a little saltier than I would ideally like, but with a slice of ‘plain’ Scottish bread, was heavenly to my palate. David then produced some home made vegetable broth, which I felt obliged to eat as he would have been disappointed to be refused. It was delicious and the conversation flowed. He was a very knowledgeable man and was lovely company. His friend turned up and as David had hoped I would stop over, he had arranged for a small accordion session for my entertainment. Unfortunately I had already promised to be back for Carly to serve a salmon cook up over a fire, back at camp, so apologized and made my leave. David walked me to the car and kept telling me he wished I could stay. Bless.

I had had a delightful time and did wish I could have stayed longer, but I had come to be with Carly et al, so away I must. When I got back Carly had just got back from collecting wood and son got a fire burning. Some salmon was placed on a burner with some fish seasoning I had in the Hobby and I had a piece just to see what it was like as I had been well fed by David, but I had to try it out of research you know! It was so delicious and melted in the mouth I was grateful I had more in the freezer, what a gift and what a great day.